To promote unity and camaraderie and in effect improved the leadership of secondary students, Sekolah Kallista held its annual LDKS program at Vio Vio Beach, Galang, Batam last August  30-31, 2019 with the theme “ Play like a champion!”

The secondary students were put to test through enjoyable, puzzling and physically-challenging activities according to the four elements.

The participants were divided into four groups according to the four elements namely Tierra (Earth), Fuego (Fire), Aire (Air) and Agua (Water).

Students also participated in Emblem Making and Song and Yell competitions. Among the other competitions prepared by the LDKS committee are Fill in the Gallon, Tower of Mallows and Relay Challenge,  bringing out the strengths and weaknesses of LDKS participants, fostering leadership, and cooperation.

After the exciting first day, participants enjoyed the night as they sang, grilled, played games and told stories.

The winners were announced on September two after the morning activity. Tierra won first place, Agua second place, Aire on third place and Fuego on fourth. Haazim and Jassisca from Grade 12 were hailed as campers of the year. 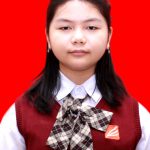